One of Canada’s most celebrated cultural institutions wants to share its expertise in communications and storytelling to help strengthen your workplace culture.

Soulpepper artist Derek Boyes has more than 20 years of experience in the corporate training world and has brought together like-minded experts in this field (who also happen to be brilliant actors) to simulate authentic work place scenarios to allow challenging and fulsome learning.

For the past four years Derek’s team has partnered with one of Canada’s largest telecommunications companies on successfully coaching their senior executives and directors to sharpen their messages and launch change in their culture. These proprietary approaches are now available to help businesses large and small improve their corporate communications and workplace culture. Below are some of the services Soulpepper’s Corporate Training Team can provide for your organization.

Not sure what might work best for your environment? We’d love to connect and put together a custom package that is right for you. Corporate@Soulpepper.ca

Holding a mirror up to corporate nature. Soulpepper uses the UNESCO sanctioned method for change to dramatically identify the strengths and challenges facing a company’s workplace, and addressing potentially toxic elements.

All employees have a conversation or an unproductive relationship they have been avoiding. Ignoring or working around the issue only adds to the frustration and toxicity in the workplace. Our coaching and practical preparation models give your company’s leaders the expertise and confidence to Ignite Positive Change in your organization.

HOW TO DRAMATICALLY IMPROVE YOUR PRESENTATIONS

“Friends, Romans, countrymen”, let Soulpepper’s highly successful corporate team help you intensify and confidently deliver your next presentation in a rigorous and impactful one-on-one coaching session. Soulpepper’s experienced coaches are capable of combining their corporate experience with their award-winning performance abilities to offer insights and tools that will prove valuable well beyond the next presentation.

Participants will partake in a variety of theatre and improve games and exercises that focus on active listening, critical thinking, communication and team building, topped off with dinner and a show. 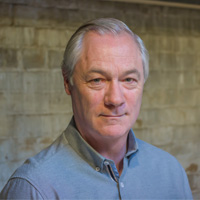 Derek Boyes has been a Soulpepper ensemble member since 2004 and has acted and directed in more than 40 productions. He has been a resident artist since 2008 and has been a key member of their youth outreach and audience enrichment initiatives through his years with the company. Derek has also been part of the Stratford Festival and Shaw Festival ensembles.

In 2004, Derek began a relationship with Practice Works inc. an industry leading company that offered their clients the opportunity to practice their communication skills with performers trained to react to their approaches in an authentic and rigorous roleplay and provide emotional feedback from the character’s point of view. From 2006 to 2010, Derek became one of the lead trainers for the company as well as performing the “simulations”. Derek travelled from coast to coast in Canada and to New York with companies that included KPMG, Sun Life Financial and TD Bank.

In 2016, Derek created a Soulpepper corporate training arm and is currently leading a team of 6 interpersonal skills experts that has successfully helped a national communications company develop and implement a culture change initiative that has been delivered to more than 700 of their top executives and directors and intends to share with 2000 managers over the next few years.