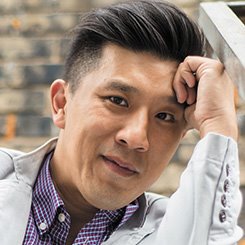 Born in Hong Kong and raised in Toronto.

OTHER THEATRE: Selected: acquiesce (Factory/fu-GEN Asian Canadian Theatre); Chimerica (Canadian Stage); carried away on the crest of a wave (Tarragon).

OTHER: Richard is Dora Award-winning Actor and Sound Designer. He currently sits on the Boards of Princess Productions, The Toronto Arts Council and the Wu-Chien Michael Than Foundation. Richard is passionate about diversity in Canadian Theatre.