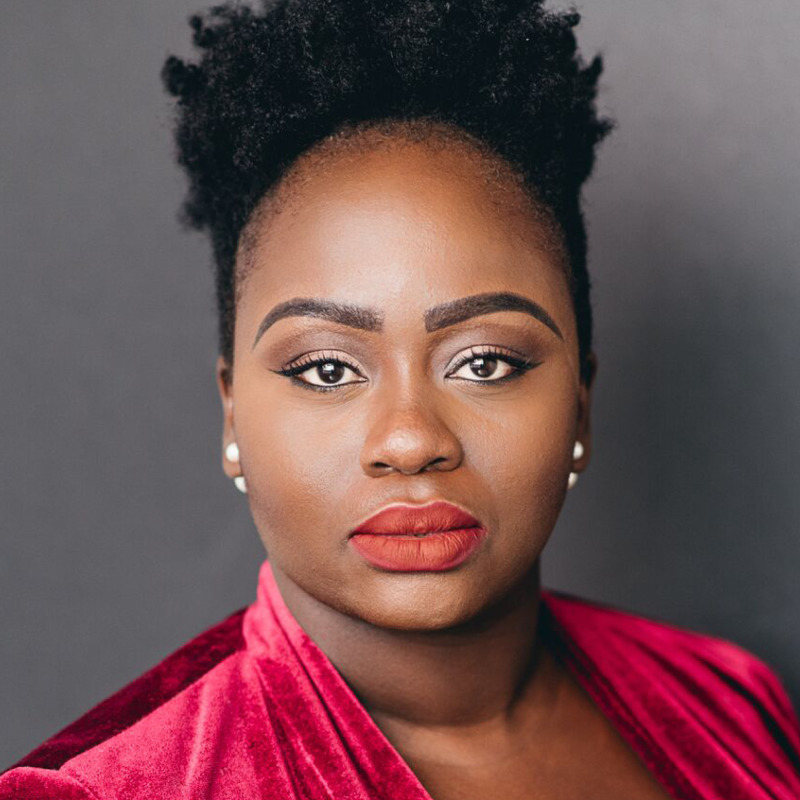 Akosua Amo-Adem is an actor, writer, and director based in Toronto. Through out her career Akosua has appeared in a variety of productions around the city. Her selected credits include Obsidian Theatre’s School Girls; or the African Mean Girls Play (Head Mistress Francis), Venus’ Daughters (Venus/Sarah); Soulpepper Theatre’s A Streetcar Named Desire (Eunice), For Colored Girls…(Lady in Green), Father Comes Home From The Wars…(Leader/Runaway), The Crucible (Tituba);  Canadian Stage’s Tartuffe (Dorine) and Theatre Passe Muraille’s The Middle Place (as Kaaliha/Dee). She was the director of “Every Minute of Every Day” (a radio drama for Factory Theatre) and has appeared on the cover of NOW Magazine. Akosua is a published author with an article called “See Me” in Intermission online magazine and she is currently developing her first full length play! Her on screen credits include appearances on Odd Squad, Bitten, Frankie Drake Mysteries, 21 Black Futures, and American Gods. You can also see her as a series regular on the TV show Kim’s Convenience via CBC gem and Netflix!