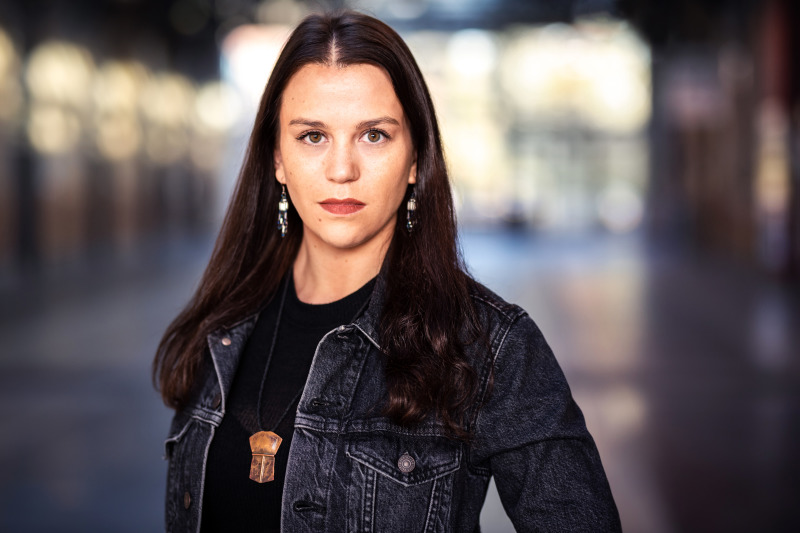 Cheyenne Scott is Straits Salish of the Saanich Nation/Norwegian settler descent and an actor, playwright, and emerging creative producer with a focus on new works. Having learned theatre through a colonial lens, she is working to Indigenize her process through personal expression, land-based methodology, and storytelling. She is a Dora Mavor Moore nominated artist for co-creating Now You See Her (Quote Unquote Collective/Nightwood/Why Not Theatre). She developed her first play SPAWN through the Animikiig program at Native Earth Performing Arts and went on to produce workshop productions at the rEvolver Festival and SummerWorks Festival in 2017. Currently, she is being mentored in artistic direction and producing as Artist-in-Residence with Urban Ink alongside the development of her new play Wolf Cull and is a member of Cahoot’s 2020/2021 Hot House Playwrights lab. Cheyenne was named as the protégé of Lori Marchand for the Mallory Gilbert Leadership Award.  Select Acting Credits include: Children of God (Urban Ink/NAC, Citadel/WCT, Segal Centre) The Drowning Girls (WCT), Squawk (Geordie Productions), Sidewalk Chalk (Geordie Productions), Savage (Native Earth).