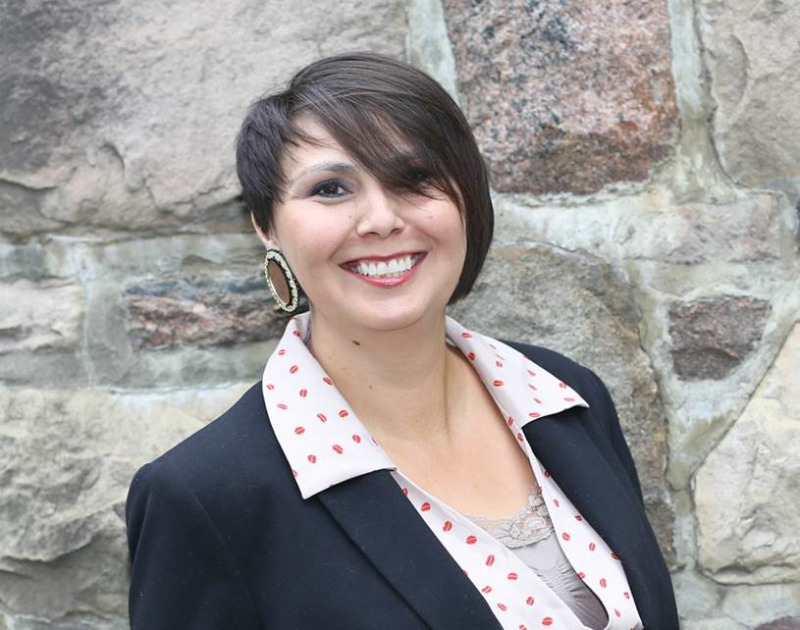 Dawn Marie Marchand is a member of Cold Lake First Nation in Treaty Six territory. cîpêhcakwawêw-iskwêw (Blue Horse Spirit Woman) is a Cree and Metis artist, educator, advocate, author, writer, speaker, and mother.  Her many noted accomplishments include Circle of Courage Coordinator for the Alberta Indigenous Games in 2011, Co-founder and lead organizer of Cree8 Success Conference in 2012, art installations for the Edmonton Folk Festival in 2013 called “Monto”; Edmonton City Hall in 2014 during the Truth and Reconciliation Gathering “A Place to Hang your Stories”; co-producing the Walrus Talks-Aboriginal City art components in 2015, “Edmonton Treaty 6 Soccer ball”; and Redx Talk “Art is the Medicine” in 2016. Received an Aboriginal Role Model Award for Art in 2017, during her term as the First Indigenous Artist In Residence for the City of Edmonton.  Facilitation of the Indigenous Artist Market Collective engagement and launch in 2018. An installation called “The Longest Journey” as part of the Nuit Blanche Festival in 2018. In mid 2019, she relocated to Smoky Lake, AB where she is working on establishing a gallery and studio space to help artists in the area access opportunities to grow their professional resumes.