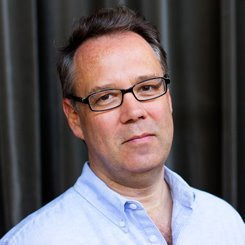 Gregory Sinclair is an award-winning producer, director, educator and program innovator based in Toronto.