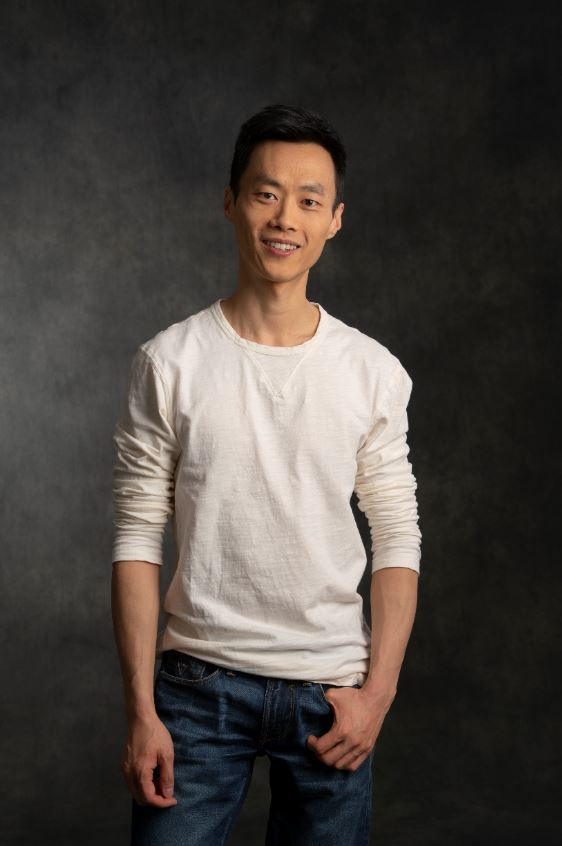 Jonathan Tan’s curiosity has led him down the rabbit holes of theatre, vegetable gardening, voice acting, various instruments, teaching, travel, and an obsessive love of food and food science.  Stage credits include David Yee’s carried away on the crest of a wave (National Arts Centre); Amadeus (TIFT); “The Cat in the Hat” in Seussical (YPT); Leslie Arden’s Gift of the Magi (Smile Theatre); Cowboy Versus Samurai (Soulpepper); Little Women (Theatre New Brunswick); I Was Looking at the Ceiling and Then I Saw The Sky (Théâtre du Châtelet, Paris); and nine seasons at the Shaw Festival including “Jim” in The Glass Menagerie, “Agnes” in Sex, “Fred” in A Christmas Carol, and “Smee” in Peter and the Starcatcher.  Off stage, Jonathan occasionally appears in animated form, voicing “Basilisk” in Ubisoft’s battle royale game Hyper Scape and characters in animated series like Remy and Boo, Kody Kapow, and Detentionaire, where he lives out his childhood fantasy of becoming a cartoon.