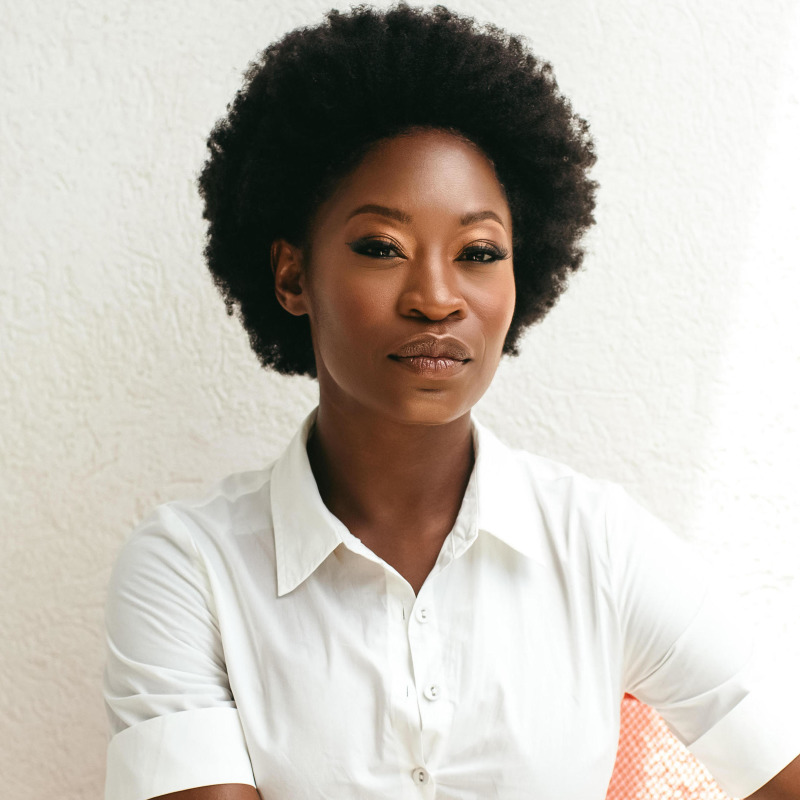 Olunike Adeliyi is a Canadian actress, writer, and producer. Olunike got her big break in the hit television series Flashpoint (2008 - 2012) as Officer Leah Kerns. Since then, she has built an impressive resume that includes shows such as Republic of Doyle (2010 - 2014), American Gods (2017 - present), Little Dog (2018 - present), and Coroner (2019 - present). Olunikes film credits include Stephen Moyer's first feature, The Parting Glass (2018) where she starred alongside Melissa Leo (The Fighter), Cynthia Nixon (Sex and the City), and Anna Paquin (X-Men). She has also co-starred in SAW 3D (2010), Darken (2017), Boost (2018), The Prodigy (2019), She Never Died (2019), and Chaos Walking (2020). Olunike has been nominated for “Best Supporting Actress at the 2018 Canadian Screen Awards for her role in Boost (2018), "Best Performance by a Female - Film" at the 2014 Canadian Comedy Awards for her performance in French Immersion (2014), and won the 2011 Black Canadian Award for "Best Actress" for overall performances. In 2019, Olunike starred in the horror feature She Never Died (2019), which premiered at LA Screamfest, where she was nominated for best actress. The film also premiered in Toronto at the Blood in The Snow Film Festival, where Olunike won the award for best actress. In February 2020 it was announced that Olunike will share the big screen with Brian Tyree Henry (Atlanta), Ryan Destiny (Star), and Judy Greer (Arrested Development) in Rachel Morrisons (Black Panther) directorial debut ‘Flint Strong.’ She also recurs in the hit comedy series, Workin Moms (2017 - present) which is now in its fifth season and can be streamed on Netflix. In June 2021, Olunike Adeliyi joined the ensemble cast for The Porter, a BET+ and CBC drama about North American railway workers now shooting in Winnipeg. Olunike also joins the star-studded cast of Hulu's new series ‘Mike, with Trevante Rhodes, Harvey Keitel, Laura Harrier, Grace Zabriskie, and TJ Atoms.