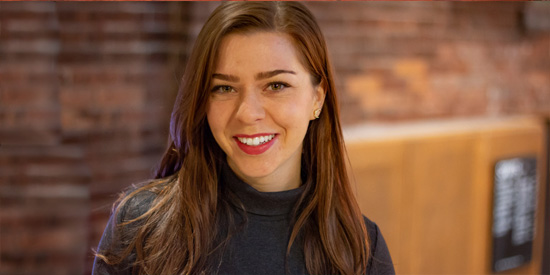 When I was asked to write about Peter Pan, I was strapped with what perspective to take, as I wear many (bad) hats in this show. Should I talk about the adaptation, the choreography, the roles I play, or the growth of the show over the years? After asking these questions it became clear that that versatility was precisely the thing to discuss: the many hats that everyone in this show demonstrates as artists, and the unique rehearsal process that comes with that versatility. Just like any creative team on a new musical, we have a director, writers, a choreographer, a music director, a fight director, a composer and performers- but this ensemble in many ways are each a little bit of all of these roles.

It’s not exactly “rehearsal etiquette” for an actor to give a note about the direction, or the music director to offer up a piece of choreography, or the fight director to request a line change, or a producer to write a song for the finale. But in our rehearsal hall, ideas are being offered up in all fields of work, regardless of one’s role in the production. In many other instances, this would call for chaos, hurt feelings, toes being stepped on and egos being bruised, but this has never been the case with Peter Pan. There is a shared vision for this show amongst the creative team; a vision that is strong and clear and has grown with this ensemble for years. With that vision comes an absolute trust— trust that any idea that is offered up is to support our mutual goal to create a magical show, and if an idea is voiced, it’s worth listening to because we all trust that the note is being given in light of that vision and always comes from a place of support. One of Severn Thompson’s strengths as a director is creating a comfortable and playful work environment for her team, and fully trusting that her actors will make strong choices that serve the story we all wish our audiences to hear.

Now all this is not to say that the people in their creative roles are not individually responsible for their wonderful work. Each leader of every creative element directs with specificity, and each have a clear vision for their aspect of story telling (be it music directing a crunchy harmony or choreographing a seamless fight sequence) but there’s a wonderful acknowledgement in the room of the cast’s creative ability and there is an open heartedness to explore that creativity. I think that’s where the magic element comes in.

I often take for granted the uniqueness of this show and it’s ensemble. Really, I feel I owe it all to friendship. It’s been a highlight of my life creating a show with my friends. Some old friends from theatre school and some new friends I’ve grown close to in Neverland. This show and it’s process is demonstrative of love, friendship, support and trust. It’s the ultimate room to play in, to fail in, to voice opinions in, to let guards down in, to cry unabashedly in, to laugh uncontrollably in, to feel—in those moments of unity with each other and the audience— that we’re flying, and that this show and it’s journey will never ever finish, will never ever cease to be magical, and will never ever land.