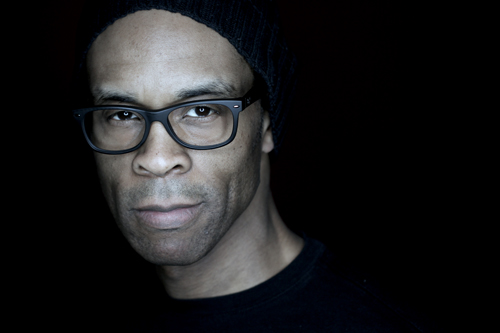 You’ve been exploring a very interesting concept with your Look What They’ve Done To My Song! Cabaret Series at Soulpepper. Tell us how that idea came about, and what it entails in concert.

I’ve always liked looking for new or different perspectives on things in life, which has been a blessing for me time and time again. Jazz music has, without a doubt, been a very important part of my life, but there are other genres that I’ve enjoyed as well. So, I decided to use this series as an opportunity/personal challenge to experiment with some of those other genres of music I like, but hadn’t explored for whatever reason. It was also a great outlet for my love of wordplay. Anyone who has spent some time with me knows I am given to puntification.

You have two upcoming Cabarets – Resetting the Standards (June 6), and Rock On (July 4). Can you tell us what songs you will be exploring, and what artists will be joining you?

I won’t give away any song titles, but I will say that Resetting the Standards will primarily feature songs from the Great American Songbook. We might also throw in a John Coltrane classic. Rock On! will feature songs from a broader variety of styles, and one might even hear a Marvin Gaye composition. Just sayin’.

Tell us what you have uncovered as an artist during the creative process for your series:

I thought that people would perhaps enjoy a new spin on some of the songs they’re familiar with, and from the feedback we’ve been getting, my instincts were right. While preparing for this series, I’ve discovered a fair amount of untapped potential – and an even greater amount of bad habits! It has also been a reaffirmation of the importance of stepping out of – or expanding – my comfort zone.

Tell us what you enjoy about the Soulpepper Cabaret Series and why people should experience the Series if they haven’t already:

The Cabaret series is another great opportunity for people to experience the magic that is Soulpepper. The original Distillery may have long since gone, but the spirit of distillation lives on at the Young Centre as Soulpepper continues its groundbreaking trend of capturing the essence of live performance.

I really enjoy the intimacy of the TD Bank Studio, where the Saturday Cabarets are usually held. It’s one of the smaller spaces, and it doesn’t have a stage. So, both the performers and the audience are on the same level, with little separating them.

The combination of the award-winning Young Centre, its location, and the energy of the artists that express themselves there on a daily basis makes for an atmosphere unparalleled.