Statistics show that women playwrights are underrepresented throughout our national cultural cannon of works that are published and produced. This means their voices go unheard, and their stories go untold.

We are deeply committed to representing equality, diversity and inclusion, both on and off our stages at Soulpepper. This program is a commissioning project that engages a diverse assembly of extraordinary women to write brand new plays. We invite you to join us in making necessary change happen by becoming a member of Soulpepper Supporting Top Women, and championing these female playwrights. 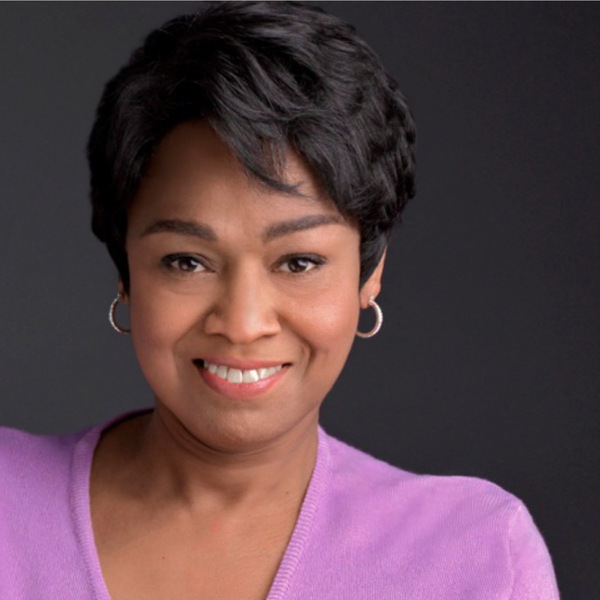 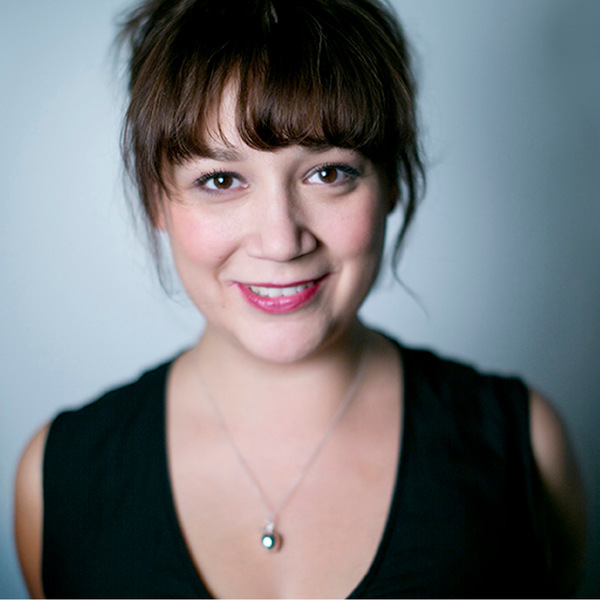 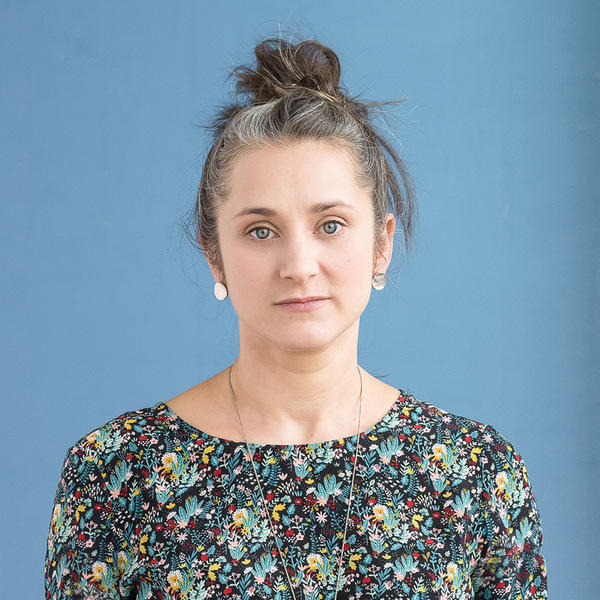 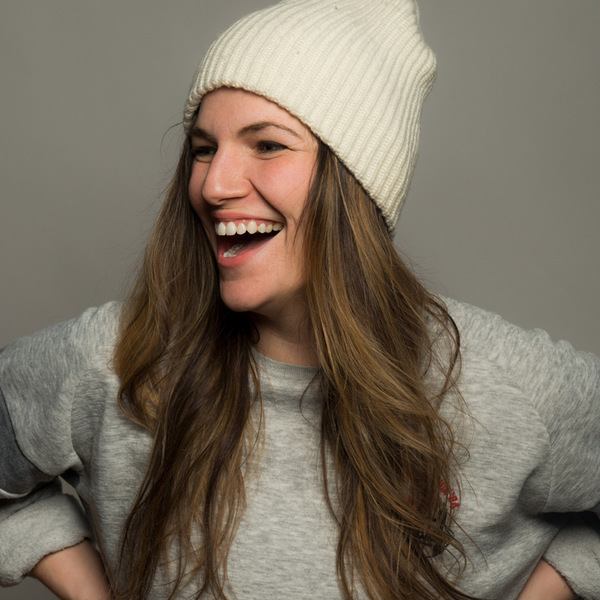 Soulpepper is guided by a mission of Radical Inclusion, where all voices are heard, valued and elevated. Women now occupy over 50% of leadership positions at the Company; on our stages and in rehearsal halls, on our administrative team, and on our Board of Directors.

For over 10 years, Soulpepper’s Top Women program has brought together like-minded allies with a common goal of supporting and celebrating women in creative roles at Soulpepper.

Statistic show there is still important work to be done across the sector. Women form the majority of theatre school graduates, administrators, and audience members. However, when it comes to creative leadership positions, their numbers diminish substantially.

Despite 50% of the Playwright’s Guild of Canada members being women, only 31% of Canadian staged productions were written by women, and less than 0.5% by trans and non-binary artists in the 2018/2019 theatre season.

As of 2015, there exists a 70 / 30 male / female split in the positions of power held in Ontario theatres among Artistic Directors, Directors and Playwrights.

In 2016, female artists made $0.82 on the dollar compared to their male colleagues.

Soulpepper's Board of Directors is 56% female.

50% of the directors in our suspended 2020 ‘Breaking Ground’ season were women.

In 2019, we redesigned the way we pay our artists – formerly based on experience, now equalized for all cast members to ensure greater equity.

WHAT WE'RE DOING NEXT

This year, Soulpepper Supporting Top Women will help support the commissions and workshops of Canadian women writing brand new plays that will be brought to the stage in the coming years.

We need you to help us make change happen.

The Soulpepper Supporting Top Women program gathers male, female, and non-binary allies together to support these goals. Here is how you can help today:

Become a member of Soulpepper Supporting Top Women with a donation of $1000, with funds helping to support the commission and future development of these new plays.

Join us for an exclusive, invite-only digital event to hear excerpts from our playwrights’ new works, followed by a discussion and Q&A hosted by Soulpepper’s Artistic Director Weyni Mengesha, and Top Women Co-Chair Denise Donlon.

When we are back in the theatre, commit to attending plays written and directed by women, bringing your friends, and sharing with them the importance of elevating women’s voices.

Members of our Soulpepper Supporting Top Women program will receive:

CLICK ON OUR PLAYWRIGHTS NAMES TO READ WHAT THEY'RE WORKING ON

Hiding in plain sight for the majority of her life, Sandra Caldwell has danced at the Moulin Rouge, been a Sears fashion model, and performed on stages around the world.  All the while, hiding a very big secret – who she was.  At the age of 19, Sandra transitioned from an uncomfortable young man into the glorious woman that she is.  Through stories and song, the Sandra Caldwell Project follows her journey from a pickpocket in D.C. to a star of stage and screen.

As a young girl of 6, Shirley Horn was dropped off by her father on the steps of the Shingwauk Residential School in Sault Ste. Marie. Today, Shirley walks up those same steps every day to get to her office as the Chancellor of Algoma University.  Award-winning playwright Falen Johnson explores the heartbreaks and triumphs of the little girl who grew up to be a leading voice for a whole Nation.

A hipster feminist brainy riff on a Harlequin romance.  Who is the woman on the cover of all Harlequin romances, having her bodice ripped off by some tall, dark, and handsome man?  As a young girl of 13, while boys were stealing their dad’s porn collections, Hannah Moscovitch and her friends would go to the Shoppers Drug Mart and buy Harlequins and candy with their allowances, and read them on her bed together. For them, it was hot and taboo, like pornography. In her story, Hannah will deconstruct the woman on the cover, slipping in and out of staging a Harlequin romance, adoring and satirizing the form at the same time.

A re-imagining of the real historical relationship between the “wild man” of the 15th century Medici court, Petrus Gonsalvus, and his courtier wife, Catherine. This story is allegedly the inspiration for the original “Beauty and the Beast”. Gonsalvus was originally presented to King Henry II as a caged oddity, a “wild man”, half-man, half-animal.  In reality he was a 10-year old boy with a rare inherited condition called Congenital Hypertrichosis (‘too much hair’).  WILD WOMAN follows the story of Catherine, a woman who is forced to marry Gonsalvus as a science experiment, not aware of who he is until their wedding ceremony. Told as a dark comedy, WILD WOMAN uses an historical lens to examine the shifting notions of marriage, celebrity, class, freedom, and how we treat those who are different than us.

Queen Goneril is a prequel to King Lear. Set seven years before Shakespeare’s masterpiece, Shields focuses on Lear’s three daughters as they try to survive in their father’s unruly home. Goneril is a natural-born leader in a man’s world trying to prove that she is ready to govern. Regan pushes at the limits of her freedom. Cordelia is fed up with trying to keep the peace. Throughout, the sisters struggle to care for one another and carve out a future for themselves in a patriarchal system that was not built for them. In placing the sisters at the centre of this story, Shields works to challenge the authority and dominance of the original play and deconstruct notions of patriarchy and power. She wants to complicate these dismissible characters in order to stake out a place for the silent women of the past so that we might draw a line from those stories to our lived experiences today.

This commissioning project an initiative within Project imagiNation which is supported by Kevin and Roger Garland and BMO Financial Group. The Playwrights Guild of Canada's Women's Caucus is pleased to support this work.