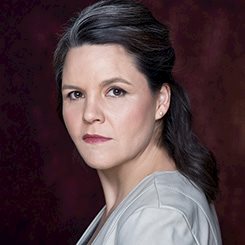 Is a Métis artist of English, Irish, French and Cree descent. Hailing from the prairies, Michaela  is now based in Tkaronto.

SOULPEPPER 2019: Almighty Voice and His Wife.

FILM & TELEVISION: Burden of Truth, Baroness Von Sketch, Just One Word, The River You Step In.

OTHER: A multi nominated, and Dora award winning actor, Michaela has performed internationally at festivals and theatres in Wales, Aruba and across Canada and the United States. Michaela is also a proud member of CAEA’s elected national council.