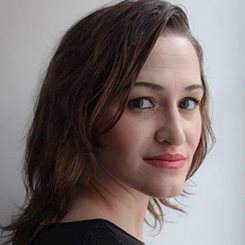 Toronto Theatre Critics Award Winner for Best Actress in a Play 2017 for her role as Horatio in Prince Hamlet with Why Not Theatre, Canadian Cultural Society of the Deaf Person of the Year 2017 and Swedish Riksteatern’s Artist of the Year 2015, Dawn Jani Birley is a versatile actor spanning more than ten years of professional experience in theatre and film. With facial features that can be transformed into many different faces and a strong background in physical theatre, her career takes her all over the world working with Deaf and hearing actors, directors and photographers. Birley went to London to gain a Master of Arts in Physical Theatre with Merit from St Mary’s University. Right now, she is being casted as Titus in Riksteatern Tyst Teater’s Superhjältar (Superheroes).

Some of her favourite credits include being casted in the world’s first sign language opera, Kung Karls Jakt, produced by Finnish Teatteri Totti, as Najdra in När vinterns stjärnor lyser här with Swedish Norrbottensteatern, and as Horatio in Prince Hamlet with Toronto’s Why Not Theatre.

Aside from acting, Dawn Jani is often summoned to give workshops/training, motivational speeches and appearances. Her passion is to show that Deaf and hearing can work together on the front line in bringing positive change in our today's world.