As an exciting addition, Freedom Heights (A song for Joshua Glover), has been adopted as an official anthem of the Toronto Raptors, and proceeds from the song will donated to NIA Centre for the Arts, Canada's first professional multi-disciplinary Black arts centre.

A REVOLUTION OF LOVE – ARTIST MENTORSHIP 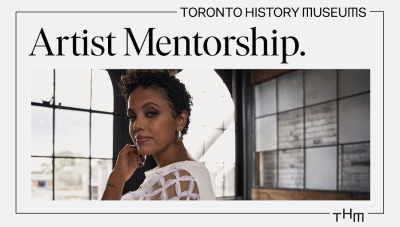 The City announced a new year-long partnership between Soulpepper and the City of Toronto’s History Museums Awakenings program centred around artist mentorship. Members of the recently announced Soulpepper Academy, plus five other Toronto artists will be mentored by Weyni Mengesha, Esie Mensah, and d’bi.young anitafrika as they unearth, reinterpret and reclaim the city’s ten historical sites, culminating in an exciting live public presentation in 2022.

Artistic Director Weyni Mengesha had the pleasure of co-directing this stunning piece, A Revolution of Love, with Lucius Dechausay, created and choreographed by Esie Mensah. A Revolution of Love is a short film that follows a young Black woman as she grapples with the histories of her ancestors and the present-day violence ravaging her community, and begins to imagine what her future looks like through dance. Conceived by an internationally-recognized Black creative team and featuring the words and compositions of Assata Shakur and d'bi.young anitafrika, this piece spotlights 15 women as they come together to re-frame revolution in the name of love.  Filmed at Toronto History Museums’ Fort York National Historic Site, A Revolution of Love is created in partnership with Soulpepper Theatre.

Choreographer Esie Mensah and Co-Directors Weyni Mengesha and Lucius Dechausay sit down at the Young Centre to discuss the creation and intention behind A Revolution of Love. Check out the compelling behind-the-scenes conversation.