Five Questions for Miquelon Rodriguez, making his Soulpepper debut as Chester in Cowboy Versus Samurai 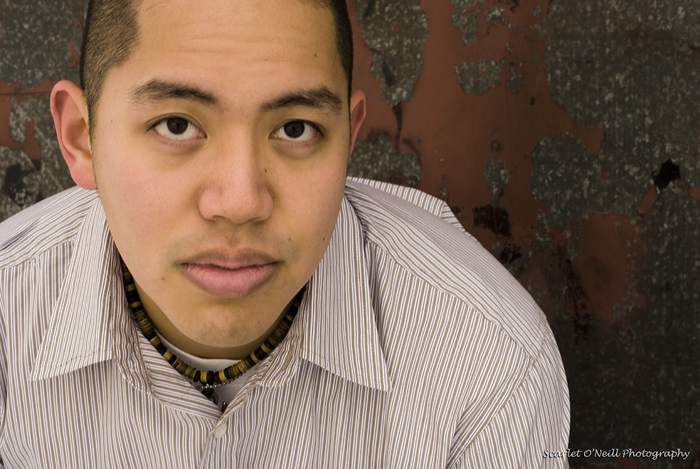 How does it feel to join the Soulpepper Company?
Being a part of this show and this company has been unreal, so far. To say that “it’s a dream come true” wouldn’t even be accurate because I’ve never dreamed I’d get a chance to work with a company like Soulpepper. As an actor of colour, an opportunity of this magnitude is very rare for me and to be doing this show with this company definitely makes me feel the self-pressure to bring work that’s better than my best. But coming to work every day, knowing that this show IS my every day is amazing.

Tell us about your character in Cowboy Versus Samurai:
Chester is an oddball, to say the least, but he is passionate about his beliefs, even if they are controversial. And that translates into a very fun character to play. There are definitely some aspects to him to which I personally relate, and others that I couldn’t disagree with more, but all of it makes sense to this person trying to discover his identity. He’s described as militant and “Che Gueverran” and we’ve definitely explored that aspect of him, but we’ve also discovered a different, slightly unexpected edge to his demeanour and voice that has been hilarious and exciting to play. No spoilers though, you’ll have to see for yourself!

Tell us more about Cowboy Versus Samurai:
Ins Choi (Director of the show) and Jenna Rodgers (Artistic Director of Chromatic Theatre, Calgary) invited me to read this play almost three years ago and I fell in love with the script. I love the humour, the discussions about love and being the “other” and, of course, that it has a 75% Asian cast of characters! (Seriously, when’s the last time you saw Asian leads on stage in a rom-com?)

What is it like working with Soulpepper Resident Artist Ins Choi?
Once upon a time in 2011, I was in a Toronto Fringe show called Shotgun Wedding. It was so popular that people lined up hours in advance to try to get tickets at the door. But the hype of it was a distant second to this other Fringe show called Kim’s Convenience. And that was my introduction to Ins: the guy who made the show that was outperforming my show. (In fact, patrons called us “Kim’s Convenience, Jr.”) But later that year, I was lucky enough to briefly work as an actor under his direction for another show. He’s a mentor I want to work with and learn from as much as possible. And I want to be Ins when I grow up! (If I ever grow up, that is.)

But seriously, Ins is so insightful, kind, and helpful, and it’s easy to work with him. He makes the process feel so inclusive and I think the way he conducts rehearsals really draws out the best work from all of us. Bringing this show to life truly feels like a collaborative effort with Ins. He has helped pave the way for actors like Rosie, Jonathan, and myself, and to be able to work with him is the actual dream come true.

What else do audiences need to know about Cowboy Versus Samurai?
Cowboy Versus Samurai is quirky, subversive, humorous and a lot of fun. It taps into some very real conversations about love and attraction that I think everyone has had at some point (especially those of us who have ever thought that they would never have a chance with that out-of-their-league “crush”). It explores how race affects love (and how it doesn’t) but in ways that are real and not preach-y.

And if you’ve ever wanted to see a big, goofy Filipino dude try to do his best Bruce Lee impression, this is the place to see it.

Cowboy Versus Samurai is on stage from January 26 to February 20. For tickets, visit www.soulpepper.ca.