Live Music for the Stage: Anna Atkinson on Blood Wedding 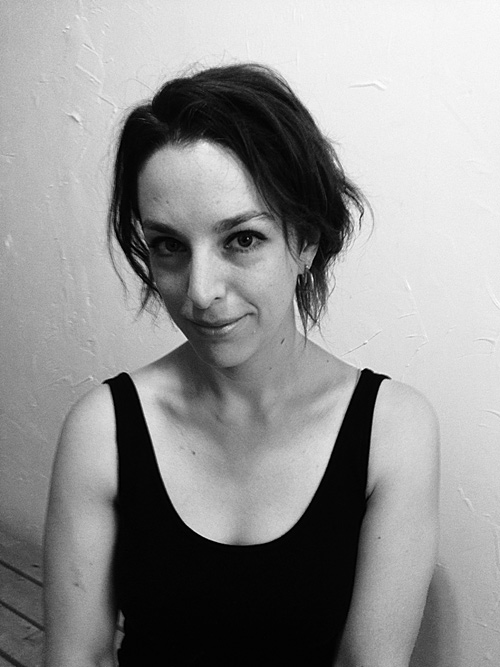 Anna Atkinson is a singer, multi-instrumentalist, composer and actor. She’s also a solo performer, bandleader, collaborator, sideman, session musician, and educator. For the past six years she has worked as an onstage musician in theatre, both in Toronto and at the Stratford Festival. For the Soulpepper Blog she talks about the thrills and challenges of performing live music while acting as part of an ensemble.

Probably the most exciting part of working for a theatre company is working with amazing artists. I find that the intersection of different artistic media is one of the most inspiring and challenging places to be – so many people with different areas of expertise working together towards a common goal. It is both humbling and thrilling.

I’ve worked with Erin Brandenburg and Andrew Penner, Blood Wedding’s director and music director/composer, on a few different projects, including Boblo (2013), which they wrote together. Andrew’s music for this Blood Wedding is simple, effective, and very evocative. The concept and design for the show are really beautiful and dark. I find it easy to sink into the world that has been created.

Performing live music as part of a stage production comes with a host of unique challenges, like, where to put my instruments, moving around in the dark, or trying to perform in a restrictive costume. 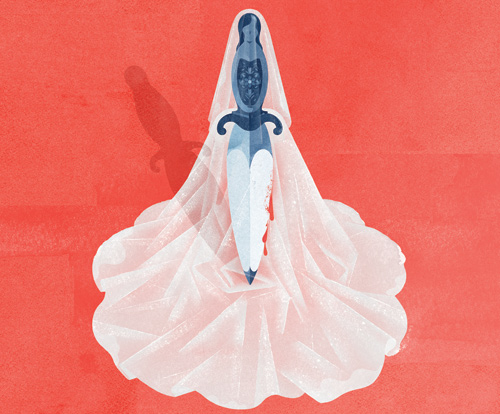 Designers are usually really helpful on that front, making sure that there aren’t any sharp or rattly bits on my costume that could affect my playing. But I’ve had to play violin while wearing a beard and that is surprisingly difficult because then the instrument is anchored so differently. I had a hard time not dropping it at first. Moving around in the dark or in strange places while holding an expensive or heavy instrument can be tricky also, so I’ve had to learn to move very slowly and mindfully at first, especially when working in a new space, or when we’re doing technical rehearsals.

There’s also a sense of switching mental gears that needs to be constantly taking place, where I navigate playing sometimes tricky passages on an instrument, singing, movement, delivering text and also thinking about how I am involved in the story telling in any given moment. I’ve had lots of chats with other actor/musicians, and it seems that acting and playing music come from very different impulses even though they are also connected. Getting both of those things going at once can be a mental and physical challenge, but so rewarding when it works.

Playing music onstage has made me think a lot more about the physicality of what my whole body is doing, not just my fingers or my arms. One of my favourite things about Blood Wedding rehearsal was movement coaching from Andrea Nann. Learning how to really ground ourselves within our own bodies and move and interact with our fellow performers is a wonderful gift. It’s given me a new awareness of how I can channel that connectedness into my playing.

It’s been really rewarding to work with the whole team on this show. It’s such a supportive and inspiring group of people.

Catch Anna and her instruments on stage in Blood Wedding from March 2 to April 9.