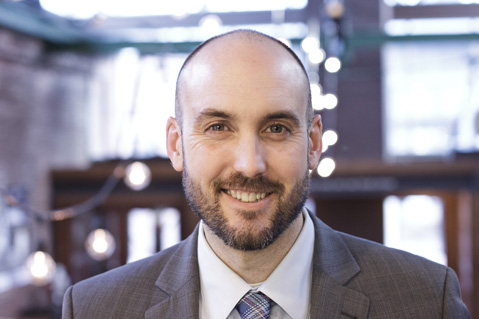 How long have you worked at the Soulpepper and tell us a little bit about what your job consisted of lately.

Today is my one-year work anniversary. There is so much going on around here the time has flown by. This past year has been focused on refining our Mission Strategies, and resourcing special projects such as a new website, new equipment, and the new Soulpepper Family Festival, which was a big hit this December. As I shift into the Director of Communications role, we’ll be launching the exciting new 2015 Season, and reviewing how we tell the Soulpepper Story to a wider audience.

What (if any) kinds of shows/productions/events have you been involved in outside of work?

I sit on the board of the Toronto Alliance for the Performing Arts (TAPA), and the Advocacy Committee for the Toronto Arts Foundation. I’m also the Vice Chair of the Actors Repertory Company which recently presented the Canadian premiere of Moment, by Irish playwright Deidre Kinahan, and have an upcoming project for World Theatre Day. I also try to find time to do some writing – a couple of plays have been work shopped.

I have a toddler at home who has just learned the word “No”, and we’re expecting our second in March, so that takes up the remains of the day… and night.

What do you love about working at Young Centre/Soulpepper?

How inspiring it is. I knew working in the theatre with a great team is emotionally satisfying, but I also find Soulpepper intellectually satisfying as well. There are big, bold ideas being batted around. There is an entrepreneurial thread that runs throughout the building, and the prevailing attitude is “Yes, we can do that! Let’s figure out how.” That makes it an exciting place to work.