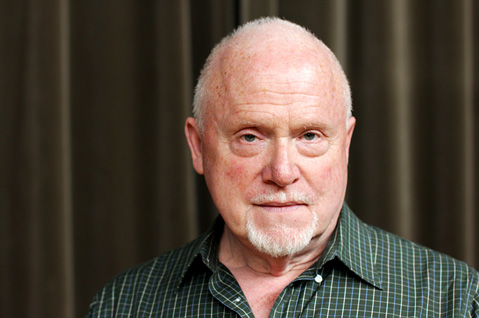 This original one-hour Cabaret is based on conversations Bill and Derek had for years at Soulpepper‘s cabaret evenings. For the festival, this format has been expanded to a more intimate an illustrative look at Bill’s love for opera.

“It’s programmed for everyone to enjoy, not only for opera aficionados,” says Bill. “Our hope is that entire families will enjoy this cabaret. It’s a show with lots of fun and drama, and high notes and low notes.”

Five singers from Toronto’s opera scene will be on hand to illuminate some of Bill’s favourite pieces and artists, from Bizet to Rodgers and Hammerstein to Mozart.

Each of Bill’s personal anecdotes as a lover, listener and performer of music for nearly eight decades will explore the intentions behind certain pieces, and compare and contrast musical styles. He will also share his incredible personal history with great moments in music and his fantastic memory.

“I used to listen to 78s with my parents every Sunday beside the fireplace,” says Bill. “I heard this music – opera – and I loved it. When you’re four or five it’s a huge adventure – these people sing to communicate. The wonder of the human voice. This exploration is part of the cabaret – what can only be expressed by the singing voice.”

“My parents took me to see the original South Pacific in New York in 1949 and (Ezio) Pinza was the first man to sing “Some Enchanted Evening.” Here’s the opera connection – he was a great star at the MET in New York, and for him to sing in a Broadway show at the time was considered outrageous – ground-breaking. At the time however, my dad asked how I liked it and I said it was ok. Spoiled brat I was.”

“I saw the most recent revival at Lincoln Center – fantastic – and as soon as the overture started I started to cry. It’s a great song, but it’s also about the inexpressible, a lot about what we’re exploring here in the cabaret. You can’t say it – you have to sing it, dance it, draw it.”

“In opera today there’s so much talk about what it used to be like, ‘the good old days’ – like in baseball – there’s a sense of that in opera but it’s simply not true. I feel that the golden age of opera is now and I want to share that with an audience. I will share my reminiscences, but we will hear it live from these artists: the sheer joy of performing live in the present.”

Webster’s Opera Corner is on stage at the Young Centre for the Global Cabaret Festival on Oct. 25 at 5:30 and Oct. 26 at 2:15. For more information and tickets visit globalcabaret.ca.