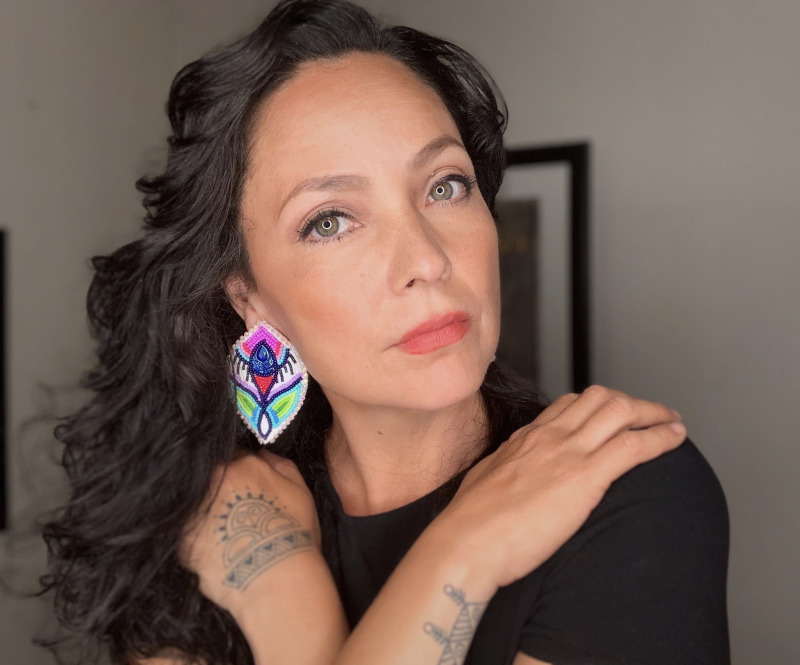 SOULPEPPER ACADEMY: Honouring the Body: In Story, Site and Space

Santee Smith, Tekaronhiáhkhwa/Picking Up The Sky, is a multidisciplinary artist from the Kahnyen’kehàka Nation, Turtle Clan, Six Nations of the Grand River. Transformation, energetic exchange and creating mind-heart connections through performance is her lifelong work. Santee trained at Canada’s National Ballet School; holds Physical Education and Psychology degrees from McMaster University and a M.A. in Dance from York University. Premiering her first production Kaha:wi – a family creation story in 2004, one year later she founded Kaha:wi Dance Theatre which has grown into an internationally renowned company. She says, "I grew up connected to Kahnyen’kehàka beliefs. My origins extend from a long ancestral line of artists, individuals whose livelihood stemmed from accessing and sharing their creativity. I learned the power of replicating nature’s patterns, approaching life and work in a sacred manner and the importance of sharing our gifts with others.” Through her Onkwehonwe’neha creative process, Santee’s work speaks about identity and humanity, role and responsibility of artists in community. She is a sought-after teacher and speaker on the performing arts, Indigenous performance and culture. In 2017, Santee performed her solo ritual performance NeoIndigenA as a part of Soulpepper’s Guswenta Gathering. Smith is the 19th Chancellor of McMaster University.

Honouring the Body: In Story, Site and Space

Santee Smith’s class focuses on sharing processes for toning and attuning the body for movement, increasing spatial awareness, and devising movement language in support of storytelling and transformative performance. The class aims to increase physicality and spatial awareness, expand range of motion, establish a strong connection to land/earth, develop muscularity and dexterity through exploring motor pathways, transfer of weight, use of breath, guided improvisation work and task based exercises. Santee’s class offers tools for artists to align with their creativity, versatility and responsiveness. Exploring inner and outer landscapes, the class offers a safe space to play, question and dialogue with self and community.